This event has already taken place! Please make sure you are in the correct year. ×
Sep
24
Saturday
Sep
24
Sat

Tell A Friend
Art :: Theatre
AET presents The War of the Word's
2:00 PM
The Washoe Theatre 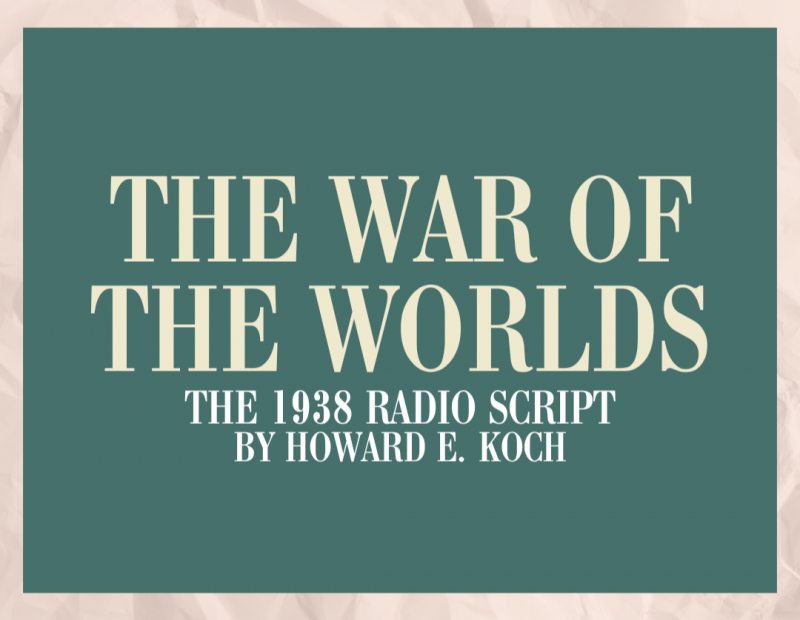 The War of the World's: A 1938 Radio Play by Howard E. Koch
Directed by Jackie Vetter

Donations will be accepted at the entrance to the event.

About the show: Broadcast from New York's Mercury Theatre in 1938, this infamous radio play, based on the novel by H. G. Wells, had many terrified listeners convinced that an actual alien invasion of Earth was taking place. Adapted by Howard E. Koch, co-writer of Casablanca, and directed and narrated by Orson Welles, this original script detailing the frightening tale of an extraterrestrial takeover is now available to bring to life onstage to thrill and chill audiences.

Anaconda Ensemble Theatre is a newly formed, professional non-profit ( non-profit status pending) theatre located in Anaconda, MT. Our mission is to create a culture for the community by empowering artists to engage and challenge audiences. We envision an artistic home composed of people of all artistic backgrounds who, through their creativity, will connect and create a conversation with our community. We value CULTURE, ARTISTRY, and COMMUNITY. The team at AET is composed of Jackie Vetter (Founding Artistic Director/Board President), Jamie Foy (Board VP), Jessica Merkley (Board Secretary), and Micheal Muro (Board Member at Large). AET plans on producing 2 to 3 shows a year and also working on an events-based incubator project called Creative Hub.

Welcome to Events in Butte!

It's FREE to submit an event. Here's how: